Carlsen is only 10.8 points away to break the ELO 2900 barrier as the first chess player in history. (The top performing computer chess engines are well above the 3000 mark but that’s a different story and the numbers are skewed and don’t allow a direct comparison).

In order to achieve the feat of a 2900+ rating, Carlsen would have to gather 8.5 points out of 10 at the Shamkir 2014 tournament (see the Article Carlsen also beats Nakamura in Shamkir). An other way to put it is that Carlsen has to defeat the three highest ranked players after him, which would put him at the 2900 mark. Not an easy task but certainly possible as Carlsen seems unstoppable at the moment.

What are your thoughts: Do you think he will become the first player to breach the 2900 mark? Or will someone stop his meteoric rise in the last moment?

But due to the inflation of ELO ratings, it certainly won’t stop the debate of who the greatest player of all time is and this discussion will surely continue…

A warm Hello to everyone and thank you for taking your time reading our first article. This first post provides an introduction to who we are and what we do, and I spare you the typical marketing phrases. 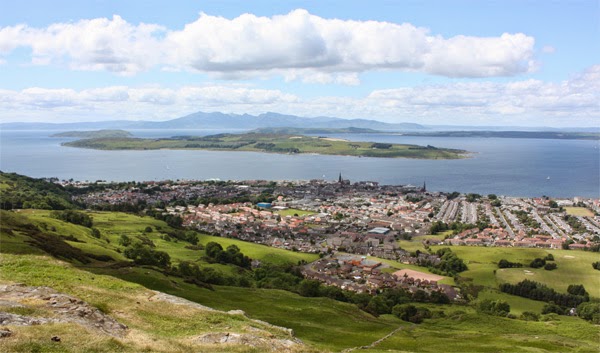 Lion Chess Limited is an online retailer of quality chess products, located in the beautiful seaside town of Largs in Scotland (see image). Lion Chess was founded in 2013 by Guenther Wurmbauer (that’s me) a chess enthusiast for many years – albeit his chess skills should be better by now but they are slowly improving. Although we need to make money in order to survive, we are not selling you chess products for the sake of selling you something but we value high quality and fine craftsmanship to satisfy your expectations of what a good chess set should be like. Holding a finely crafted knight from a luxury chess set in your hands is a rewarding experience and reminds you of why you are running a chess retail business, which is not the easiest business to run.

So what makes me to start yet another chess supply business in what seems to be a saturated market? Some years ago, I obtained permission from my wife to buy a luxury chess board from the outlet section of a chess shop (since it is now a competitor I’m sure you understand why I can’t tell you its name). Then I only missed luxury pieces to fit this beautifully crafted board, even though it had some minor defects – as you would expect from an outlet item. Since my wife wouldn’t allow me to start collecting luxury chessmen, one way out of my misery was to start my own chess business. And so it was done. (And an other part of me was probably jealous of seeing the fun my wife had running her own business while I had to leave going to work each day). Now I have plenty of chess pieces to admire, yet no high-end ones to play with as they are up for sale…

Are we any good you may ask? It’s a fair question to ask about every newly established business. And it’s a question we invite you to answer yourself. What can be said however is that we don’t claim to have reached perfection but we work hard towards this unreachable goal. As the saying goes: The journey is the reward. Things can go wrong and they do; not everything is our fault but we believe it shouldn’t be you who has to deal with any issues. Whether the courier damages your newly acquired chess set or the postal service is losing your parcel you long for – we will deal with it since we want you to enjoy chess and our products. After all, life is hard enough already.

Even though it’s nice to see money trickling into your bank account (bills need to be paid at the end of the day), it’s your positive reviews and (constructive) feedback which keeps us going each day. It always makes our day to hear of another happy customer and that makes us work even harder. We are looking forward welcoming you on our site and hope you enjoy it. Thank you for reading.